Seo was the empress of the Serpent Clan and the mother of Yuan.

Seo is seen wearing long robed loyal clothes with earrings, necklace and hair pins. The upper part of her clothing is revealing compared to the rest of her outfit. Her royal clothes symbolise her status as the empress of Serpent. When revived by Siana's necromancer powers, Seo obtained a pair of black raven like wings which can extend to cover her entire body if needed for protection. Seo has shoulder length black hair and green eyes, as well as slightly pointed ears which are common for the inhabitants of Chaos.

Seo is a kind and calm empress. She is also shown to be a loving mother to Yuan as she spent most of her time with her and her husband Yeonoh whom she loved dearly. Seo values her family but also the citizens of the Serpent which she is obliged to protect as the nobility of Serpent. When Caladbolg's seal became corrupt, Seo remained calm and stayed by the crying Yuan's side. When Yuan's selfishness arose by saying that others should protect them instead, Seo slapped her daughter and told her that they should be the ones protecting their people. Seo made a promise with Yuan, promising that she will return to her, which she later on kept by reuniting with Yuan when Siana used her necromancer powers to revive Seo.

The controlled Seo, despite being a vessel without a soul, called out to Yuan in her final moments when her daughter defeated her before the exit doors of her domain. She expressed her love for her daughter once again before disappearing into the waters. Seo used the last bit of her powers to create a path for Yuan and her friends to escape.

In an unknown time in the past, Seo married Yongje Yeonoh which made her the empress of Serpent. The two had a daughter together named Yuan who would grow up to become the Serpent Clan's princess. Seo loved her daughter very much which she showed by playing with Yuan and even showing her her special ability Fire Release: Falling Flames Flowering Water which Yuan loved to watch.[1] 13 years ago from the present, Caladbolg's seal became corrupted, killing many of Serpent's citizens.[2] Being unable to stop the seal from breaking with Serpent's magicians and soldiers, both Seo and Rain made the decision to sacrifice themselves for their people. Seo's decision made Yuan cry but she reasoned with her and told her that it is the duty of the Serpent nobility to protect their people. Seo left her daughter with the maids before leaving for the seal.[3]

Both Seo and Rain succeeded in repairing the seal of Caladbolg by creating a new dimension. This dimension was created by Seo and is therefore her domain. The duty to protect the seal was placed on the Serpent Clan along with the citizens of Serpent. Instead of being

An attack in which Lady Seo scatters flowers petals (blades) around her. 108 blades follow her will, it neutralises attacks and slays anything that comes into her range. Upon contact, these petals (blades) severely cut their target. The technique is both an offensive and defensive magic. It is one of Lady Seo's special abilities, which during the Magnanix, even Caladbolg struggled agains. However, the weakness of the ability is that the blades follow manipulated set of rules, which have a blind spot. To reach the blind spot, the opponent would have to be faster than the caster. In order to break the formation of blades completely, the caster of the ability has to be defeated. 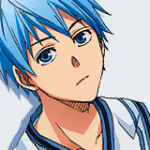 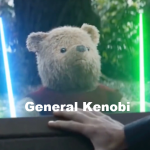